The PCB: an electronic city

The PCB is usually composed of coppered glassronite, that is a glass fibre plate (insulation) covered with a thin metallic layer (conductive). This layer is then cut with the photoengraving technique (by the action of light and acids) or with the mechanical milling technique (by means of a CNC milling machine).

On the PCB sometimes, there are many and many of components, some larger, some smaller, with different functionalities. The most common are resistors, capacitors, diodes, integrated circuits or even relays and contactors (which are the most used to control outputs in relation to the power of the load used). Starting from a design scheme, all the components are placed on the PCB and, once installed correctly, it looks like a small miniature town, thus creating a totally electronic world made up of a single and unique protagonist: the electric current. 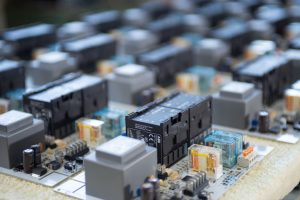